“Sometimes the Old Ways are the Best.”

a couple of years ago
Interpersonal Skills     Marketing Automation

Not too long ago I sat down with my son to watch Skyfall, one of the more recent James Bond films. I have to say that I considered this one to be among my favorites, particularly in its treatment of the recurring theme of “timeless traditions.”

For example, there is a scene in which 007, who of course is a model for style, shaves with a straight razor, also known as a “cut-throat” blade. A shirtless Daniel Craig, the latest Bond, begins to shave when he is interrupted by a beautiful colleague (Naomie Harris, later revealed to be the reincarnation of Miss Moneypenny, another nod back to yesterday). The scene, which in some ways lays a foundation for the never-ending “dance” that both characters would share, ends with her finishing the shave for him, and saying, “Sometimes, the old ways are the best.”

Indeed. And of course the example here is just one among many, as old methods are questioned compared to the new, and even as Bond is forced to retrace his own family roots in order to carry out his mission (doing so in a classic Aston Martin, of course).

But, the end of the cut-throat scene reminded me of a very similar comment that a colleague made to me at one of my presentations when reaching out to new business prospects. While the approach does emphasize leveraging technology on the back end, it nevertheless emphasizes the value—and unfortunately, the novelty—of more traditional and old fashioned approaches to introducing yourself to new people (with a slightly less than traditional twist, I might add).

But that doesn’t stop the inevitable: Nearly every time I present, after I have walked the audience through a process that actually involves hand-delivering a letter and tangible package, someone will raise their hand and ask, “Can’t I just send an email?”

“Of course you can,” is my typical reply. I more or less leave it at that.

That notwithstanding, when completing my presentation, a seasoned professional approached me and said simply, “Excellent points. Sometimes the old fashioned approaches are still the best.”

Which begs the question: what kind of old ways are we talking about here? And which of these might you be overlooking in lieu of quicker, faster and cheaper methods? For example, when was the last time you—

Technology is great. Indeed, an email is faster and cheaper to send than a printed and signed letter, and even text messaging is now surpassing email and is definitely quicker than a phone call. And when conveying pertinent facts or setting up a meeting amidst the busy-ness of the day, it works. But it doesn’t, and should not, take the place of timeless approaches that help lay the foundation for prosperous relationships.

Business and commerce is built upon personal relationships: the handshake. It goes back as far as time itself. For this reason, there is sacredness to the work we do. Let’s be mindful of that.

Do this, and you may also find that standing out and getting noticed may be much easier than you think.

Want to Automate Your Marketing without Losing the Human Touch? Schedule Your Complimentary Strategy Session Today. 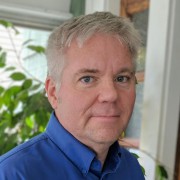 Keith F. Luscher is a management consultant and speaker focusing on advanced prospecting, content and automated marketing strategies for the B2B space. He is also author of the book Prospect & Flourish (the fourth edition of which is available) in addition to several others, and is principal of SYP Media, LLC.

To Increase Word-of-Mouth...Give 'em Something to Talk About!

I recall a mentor from years back telling me that for successful sales and prospecting, one must strive to become “legendary.” That's a bold word indeed! But give it some thought first. What do we mean by the descriptive term legendary? Quite simply, to be Legendary is to become the “stuff that tales are made from.” ...

“Sometimes the Old Ways are the Best.”
To Increase Word-of-Mouth…Give ’em Something to Talk About!
The Four “RIGHTs” for Effective Marketing
Everything I Need to Know, I Learned by Shopping at Aldi
Prospecting is Like Exercise