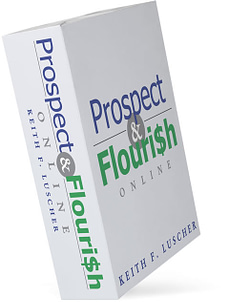 Good, original content is like a soybean. There is virtually nothing that can not be done with it.

If yours is a relationship-driven business (especially in the B2B space), then it is likely to your advantage that your communication media focus on serving your prospects through meaningful content, rather than just trying to sell to them.

While content marketing has been around much longer than most people think (it was more commonly referred to in the past as “custom publishing”), among the benefits of nearly limitless means of distribution is an equally limitless means of repurposing. This means that if you invest in creating one significant piece of quality content, you can repackage it many times over for different distribution channels.

For example, let’s say your business specializes in helping nonprofit organizations raise millions of dollars for capital projects, such as new construction and major renovations. You’ve successfully served hospitals, universities, and other organizations all over the country.

Indeed, you have the answers to a problem that plagues countless nonprofit organizations: raising money. Suppose you (and your team) create a white paper that, in about 25 pages, outlines a step-by-step approach that enables nonprofits to accurately gauge how much money they could conceivably raise in their community.

No doubt, this piece of content, which is the result of many, many hours of in-house labor and teamwork, offers tremendous value to your prospects (and then some). The beauty here is out of that one source document (which is part of your company’s overall Intellectual Canon), can emerge many additional opportunities to engage and serve your prospective clients.

Indeed, the White Paper (a detailed, mostly text-based document) was just one form. Here are nine additional ways your content can be re-purposed:

Blog Articles. As often as these writings are shorter, personal and more opinion driven, they are focused on delivering value and telling people what they didn’t know before. One large piece of intellectual content can be broken up and repackaged into a dozen blog articles, or more.

Online Video Spots. Not everyone reads. Many people prefer to get the facts through other means, including video. In the same light, your material is the script for a series of short, informational video spots that inform and serve. When executed correctly, your video can also help you boost traffic and your ranking in organic search results. In fact, YouTube (which is owned by Google) consistently remains one of the top search engines in the world.

Podcasts. Considered one of the earliest forms of new media, podcasts (audio programs that are distributed through various channels via Really Simple Syndication—RSS—feeds) are going as strong as ever. They are used for both business and entertainment. The audio from a video presentation can be edited and worked to suit this channel.

Infographics. For those who rely more on visual cues, infographics have been a great means of visually explaining and illustrating concepts at every level of complexity. Do your ideas and lessons lend themselves to this approach?

Newsletters. If your organization is not putting out a newsletter of some kind on a regular basis, it should. Much like for blog articles, portions of your material can be carved out and published, delivering value to your prospects and have them asking for more.

Feature Articles. In addition to shorter pieces in your blog or newsletter, how many feature articles might also be made available to third-party publications, catering to the same audience? These may be a bit longer and more extensive than what you might publish yourself.

Slideshare Presentations. Notice I used the term “Slideshare” rather than “Powerpoint.” The latter is typically used to create said presentations (It also remains the most widely misused production tool I have seen to date—but that’s another article.), Slideshare is the channel for distribution. Bottom line, if your information lends itself to a self-driven narrative that can be creatively and visually told in a story-board fashion, go for it.

Books. In the beginning of the example, we started with a White Paper that may be part of an overall “Intellectual Canon.” Might it be simpler to call it “Chapter One” (or whatever its placement) of an overall book? If you published this book, how might prospects receive it should you choose to strategically share? What might others pay you for it? Can that itself become a source of income or powerful lead generation?

The fact is, all of these channels are useful for lead generation. As I sometimes have to remind people, you are not giving away the store. You are trading value for value—information to prospects, in exchange with a permission to dialog and build a relationship. This also builds your brand.

If you have your Intellectual Canon already assembled, I hope this piece serves as a reminder of how much business-growing potential lies within it. But what if you don’t have this first informational treasure to begin with? What if all you have is an idea, and a blank page?

I will address that question head on, next time. Thanks for reading!